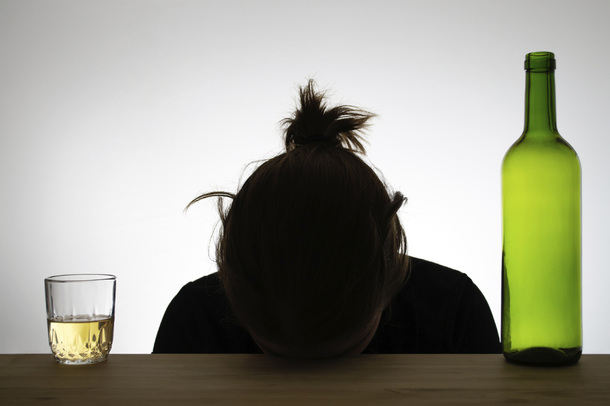 In 2014, The National Institute of Alcohol Abuse and Alcoholism found that a staggering 87.6% of Americans aged over 18 years have drunk alcohol at some point in their lives. Out of these, 16.3 million were reported as having Alcohol Use Disorder (AUD), with 1.5 million of them seeking treatment at a specialized facility in 2014. Alcohol is the number one most abused substance in the USA, with 58.6 million people reporting that they have binge drank in the last one year. Alcohol addiction has many side effects which include: liver disease, brain damage, loss of motor skills, increased risk of car accidents and accidents on the job, broken relationships and many others. Due to the severe withdrawal symptoms such as shaking, nausea and sweating experienced by people trying to quit drinking alcohol, alcoholism is often treated as a disease. Conventional treatments include counselling and prescribed medicines. However, many people are increasingly choosing to explore natural remedies for alcohol addiction that will help them detoxify and give their body the reset it needs after years of abuse. Below are five of the most popular alternative remedies available for treating alcoholism, which have also proved to be highly effective:

1. Mindfulness/Meditation
Mindfulness is a meditation practice used in the west and based on the ancient Buddhist practice known as Vipassana. Mindfulness involves paying attention to what is going on both inside and outside of you and dealing with whatever is going on in your life with patience and acceptance. Vipassana advocates listening to the emotions both positive and negative in your body, without reacting negatively to them. Alcohol addicts can use mindfulness to take charge of any stressful emotions, regulate their mood and thus prevent any harmful reactions such as binge drinking that many people use to push down the hurt inside. Whenever the urge to drink arises, mindfulness allows you to figure out what is triggering this reaction, helps you to deal with the negative emotions and prompts you to make the right choice with regard to the addictive substance. For instance, if your cravings are triggered by stress at work, you can use mindfulness to accept that stress is a normal part of working and find healthier ways to cope without having to reach for the drink that will lead you down into a downward spiral. Several studies have shown that mindfulness is highly effective with preventing relapse and helping patients remain clean and sober well into the long term.

2. Biochemical treatments
Biochemical treatment works on the premise that alcohol addiction is caused by predetermined factors such as genes or the chemical makeup of a person’s body. The alcoholism is thought to be brought about by an imbalance of neurotransmitters in the brain as a result of poor nutrition, stress, hypothyroidism, a toxic environment, abuse when you were a child, hypoglycemia and many others.

Each of these methods is supposed to help the patient detoxify, repair the damage to the brain and other parts of the body and provide after care services to avoid relapse. Biochemical treatments demand that substances like caffeine, alcohol, recreational drugs, refined sugars and other toxic foods be removed from the patient’s diet in order to ensure complete recovery. Supplementation is also important to ensure that the body is returned to optimal health levels and patients will often receive amino acids, pancreatic enzymes and essential fatty acids to boost their nutrition. Patients are also expected to stay away from places and people that would tempt them to fall off the wagon.

3. Pet Therapy
Doctors are increasingly discovering the importance of pets/animals in the treatment of addictions. This type of therapy works by giving patients the opportunity to focus on something outside themselves instead of being too inward looking. Advocates of this type of therapy are of the opinion that having a creature dependent on them for food, exercise and love helps patients discover their own nurturing side and get nurtured themselves in the process. The connection and love one receives from a pet or animal companion has been shown to help alcoholics avoid triggers and relapse. The unconditional acceptance of pets such as cats, dogs and horses also helps addicts to stop seeking solace in their drug of choice. People who spend time with pets have reported many benefits including: reduced depression, higher self esteem and even lowered blood pressure.

4. Art Therapy
Art therapy allows a person to use their creativity and imagination to express themselves in healthy ways as opposed to reaching for a drink. It can be done in group settings or alone. Therapists will often use different techniques to help patients work out their feelings and determine what it is that is fueling their addiction. By fostering introspection and the revelation of whatever they are feeling in art form, patients are better able to learn how to cope with negative feelings whenever they arise. Art therapy can take the form of painting, sculpting, dancing, drawing and even listening to music. People who take part in this type of therapy report feeling calmer, more in control and having higher self esteem.

5. Exercise
In the absence of substances such as alcohol and drugs that alcoholics and other addicts use, exercise can supply a much needed alternative mood booster. Even incorporating half an hour of exercise has been shown to provide emotional and physical benefits that can help alcohol addicts to kick the habit. In addition to improving the cardiovascular system, aiding weight loss, and improving overall body conditioning, exercise has also been shown to provide a natural high that helps recovering alcoholics from reaching for another drink to change their mood. Exercise releases a chemical known as dopamine, which the brain associates with rewarding behaviors. The dopamine released from exercise is equivalent to the amount released from consuming a six pack of beer without the associated hangover and other adverse effects of drinking alcohol.

Recovering from alcohol addiction is a challenging process. Many recovering addicts have to deal with severe withdrawal symptoms while trying to find a healthy substitute for a substance that may have acted as their crutch for years and even decades. Fortunately, there are safe, natural and effective ways to recover from alcohol addiction and begin to live a healthy, happy and productive life.
Proudly powered by Weebly